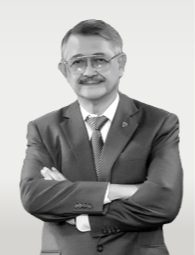 Professor Jayavadh has been practicing law more than 5 decades long. He began his career in law after graduating from a prestigious Thai university in 1969. Via his sheer dedication and commitment for law, he was granted a Fulbright Scholarship and obtained an LL.M from the renowned Harvard University in 1972. With the full knowledge of both local and international laws, Professor Jayavadh is conversant in the rapidly changing legal landscape of Thailand.

Professor Jayavadh is well-versed in all aspects of the commercial law practice, specializing in natural resources laws (minerals, oil & gas and energy). He was Vice President of the Thai Mineral Industry Council for many years and still serves as its Honorary Legal Advisor. He also acts as an arbitrator and counsel in both domestic and international arbitrations. He was the first Thai to become a Fellow of the Chartered Institute of Arbitrators (CIArb) and a Chartered Arbitrator and chaired its Thailand Branch for many years.

Despite his busy professional schedule, Professor Jayavadh teaches at many Thai universities and is still involved in academic activities. In recognition of his academic contribution to Thammasat University, he received royal appointment as its Adjunct Professor of Commercial Law. He is on the Committee of the Council of State to Revise Laws on Business Organizations.